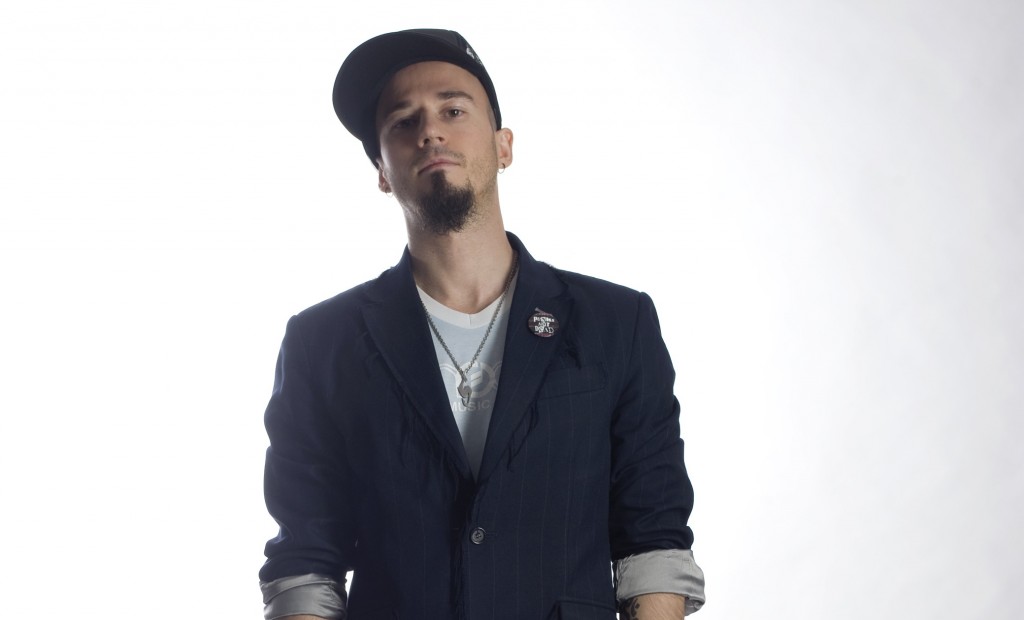 Stereo Mike, one of the Greek artists participating in the Sounds of Greece at SXSW event, talks about his success, as well as his upcoming performance in Austin.

This year marks the first time Greek music will have a presence at the hugely popular SXSW festival in Austin, Texas. The event, which highlights music, film and interactive, has been the breaking ground for many up and coming artists and businesses.

Hollywood-based company Criteria Entertainment has put together a select group of Greek musicians for SXSW 2013, and Piraeus-born hip hop artist Stereo Mike is one of those talents. With major support from the leading green cleaning products manufacturer, Earth Friendly Products, and a newly formed Kickstarter page, the London-based Greek artist is heading to Austin in just a few weeks to perform for the first time in front of a U.S. audience as part of the Sounds of Greece @SXSW event.

It’s no surprise Stereo Mike was selected to participate in the festival. His strong fan base was a defining factor when he was voted the first ever Best Greek Act at the MTV EMA Awards in 2008. To add to his list of talents – including rapper and DJ – he is also a producer and teaches music production at a London university.

Greek Reporter caught up with Stereo Mike to talk about his success, as well as his upcoming performance at SXSW.

How excited are you to be performing for the first time in the U.S.?

Very excited. Not only because it’s the U.S., but also because it’s SXSW. I’ve reached as far as London…but this feels special.

What can someone expect from seeing your performance at SxSW?

They can expect to pretty much hear everything. I will be playing my own productions from the decks; I’ll be dj’ing them. I’ll be rapping, free-styling, and beat-boxing on top of that.

Because SXSW is so special and so big, I’m bringing Helena Micy, who’s a wonderful vocalist I recently started producing, and she’ll come and do a lot of my samples live. It’s going to be both of us onstage.

What do you hope the experience of SXSW will bring?

The most exciting thing for me is being there as a fan of music and technology. It’s double the pleasure to be there as a fan of arts and to be one of the people performing. It’s fantastic because a lot of my heroes in music started or became much bigger after SXSW performances. People like the Beastie Boys, that I absolutely adore, are very connected to SXSW.

The other thing is…I really do want to reach out to other artists as a producer and a songwriter.

How did you get started as a musician?

I was a classical piano player as a kid. By the age of 13-15, I started joining bands – more blues, rock bands – locally in Piraeus, in Athens. I just started playing a lot of old Doors and various equivalent of Greek blues bands and rock bands, so I was really a rock and blues keys player but then moved into synthesizers very quickly [and] electronic music.

A few years later, I came to study music technology in London; first in Leeds, in the U.K., and then I got a masters in audio production in London. Eventually that got me working in various hip hop studios…I ended up producing hip hop for other people, then doing it for myself and also teaching music production at the University where I graduated from.

Do you enjoy teaching?

It’s brilliant. It’s amazing to be teaching what you love doing, and vice versa.

Kickstarter is an outlet that helps raise awareness and funds for musicians, and is part of your journey to Austin. How important is social media for emerging artists?

I’ve totally embraced an online presence and digital media, and in my case, that was a necessity in the beginning because I was releasing records that I was producing with an international sound in London, but my lyrical act was mainly in Greek. So, from the very beginning, me living in London and releasing records in Greece meant that I had to fully embrace things.

Kickstarter is sort of a newer idea in the whole picture of digital media and online, but I think it’s a brilliant one because it allows a very direct way of communication to potential fans, or existing fans. You can come up with projects that would probably be delayed due to the formal mechanisms of going through a major label, and you can access your fan base very directly, and have a very direct method of giving them rewards, which are really our products.

Speaking of rewards, let’s talk about your MTV EMA award. You are the first winner in the Best Greek Act category.

Yes, that was nice. It was amazing…you know, we were a generation that definitely grew up with radio but also music television, so it was very important to me. Everything from early Beastie Boys videos to Nirvana. I remember crying in front of the screen when Kurt Cobain died, I was there with one of my best mates. We were very close to that. So, many, many years later, Greek MTV started in 2008. I was one of the first nominees, I was up against some big acts in Greece. I really didn’t think I was going to get it. I was so happy to be nominated on the newly formed Greek MTV, and then to hear that I won, I really didn’t believe it. I double checked with my manager, I triple checked the MTV website, but it seemed to be the case. I was sort of an emerging artist with a big online audience and I think this helped with the voting campaign…a few weeks later, I’m there next to Beyonce, and Kanye West, and Take That, and all these great people, and [was] thinking, “This is really happening!”

For more on Stereo Mike, visit his website – http://www.stereo-mike.com – and check out his Kickstarter page.