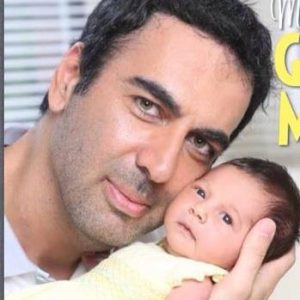 In 2008, when the young Australian Duzon Zamit was fatally injured in Mykonos after an unexpected attack outside a nightclub, everyone was moved by the gift of life transplanted in Greek immigrant Kostas Grimbilas, who since then lives with Duzon’s heart.

In his interview to Neos Kosmos, he stated: “The fact is that through his death, Duzon saved my life. From the first day he gave me his heart… I am responsible for both of us. I have now lost the spontaneity of my movements…It would be dishonest, on my part, not to think for the sake of both of us.”

He then continued:”The discussions over Duzon’s life with his family, my visits to the house he grew up, the fact that I walked into his room, have brought me very close to him. The photos, from the day he was born until the tragic day of his murder, decorate my house. I feel his presence everywhere. Every beat of our hearts, strengthens our special bond. We have become friends. He is my guardian angel. ”

Now that Grimbilas has just become a father, he said: “I think Constantina Angelica (his daughter) has two dads and she will keep alive the memory and the greatness of Duzon’s heart.”

In an outburst of joy and emotion, holding his daughter up to his heart, he says: “How can I ever forget Duzon, when every beat of my heart, reminds me how lucky I really am? Without him, neither me nor my daughter, would be here.”

“I owe Duzon’s parents, not one, but many thanks. Their generosity saved my life, “said Grimbilas who wears Duzon’s silver leather bracelet day and night. He talks to him every night before he goes to sleep and lights a candle for his soul.