Greece Will Lose One Euro Lawmaker 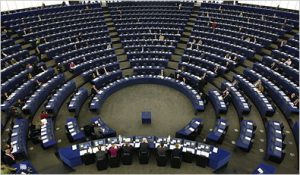 In a restructuring of the European Parliament, Greece will lose one of its lawmakers, according to a decision taken by the Commission of Constitutional Affairs to follow the guidelines of Lisbon Treaty  signed in 2007.

Changes are being made because Croatia is due to become the 28th country to join the European Union and needs seats in the body. The Lisbon Treaty declares that the European Parliament must have 751 members, including the President.

For example, Germany, with a population of almost 82 million, has the maximum 99 MEP. Greece, with a population of almost 11 million, has 22 for now. According to MEP’s from the two largest political parties, the Socialist and Democrats and the People’s Party (Conservative) the goal was to make sure than no member state should lose more than one seat and none should get more, Euractiv reported.

Also losing one MEP are Romania, Belgium, Portugal, Czech, Hungary, Austria, Bulgaria, Ireland, Croatia, Lithuania and Latvia. Germany will lose three but keep the new maximum of 96. Malta, Luxembourg, Cyprus and Estonia will keep their six MEP’s each. Of Greece’s allotment, seven are from New Democracy (Conservatives), eight with the PASOK Socialists,  one as an Independent, one  with the Greens, and two with LAOS, which failed to make it into the Greek Parliament in last year’s election and and serving with no representation in Greece. There are also three with the Leftists that include the KKE Communists and SYRIZA, which is now the major opposition party in Greece.