400% Increase in Russian and Ukrainian Reservations 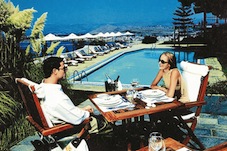 According to tour operators specialized in tourists’ movement from countries of the former Soviet Union, an increase of 400% was observed in bookings mainly from the Russian and Ukrainian market, as well as from Belarus.

Although reservations represent a small percentage in comparison with the total annual bookings, they “reveal a strong upward trend,” stressed the agencies’ representatives.

According to the newspaper Ta Nea, an essential role here is played by discounts made by Greek hotels, some of which offer discounts of up to 35% for this season’s bookings. These hotels are actually aiming to provide customers with a strong motivation to make earlier reservations.

As stated by the representatives of tourist agencies, people’s response is very encouraging and that is of great importance for specific markets and especially the Russian, given that the Russians tend to make later reservations.

According to tour operators “The determining factor to meet the increasing demand which is expected this year from Russia and Ukraine, will be the early reinforcement of the Greek consulate so that it will be able to cope with a much bigger amount of  visa application requests.”