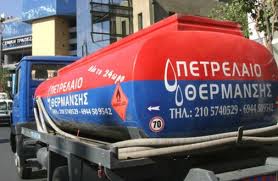 Greeks spend three times as much as to heat their homes as Finns, statistics show, but it doesn’t matter much to 60 percent of Greeks who can’t afford to buy oil anyway because of big tax hikes on fuel to go along with pay cuts, tax hikes and slashed pensions.
Takis Grigoriou, Responsible for Energy & Climate Change Issues, at Greenpeace, Greece, spoke on this issue at an event, entitled: Energy Poverty – Housing and Air Pollution. The event was held in the hall of the municipal council of Thessaloniki and organized by the Ecological Movement of Thessaloniki, Ecologists Greens, in cooperation with the office of the MEP Nikos Chrissogelos.
According to data given by Gregoriou, “The waste of so much money by the family budgets, for the heating or cooling of homes in Greece, is a tragic obstacle to the development of the Greek economy.” He added that, “The main problem in Greece is the buildings’ inappropriateness,” because they are not energy efficient.
He criticized the government for focusing on the payment of allowances and tax equation for the excise duty of the oil consumption” instead of targeting energy improvement. “In 2013, 270 million euros are expected to be spent for heating allowances and in 2014, 300 millions,”  Gregoriou said.