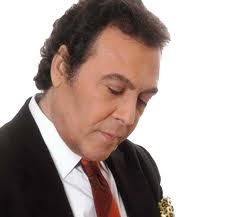 Just as Greece has promised to go after tax cheats, fines imposed on a once-popular singer found to have evaded 5.5 million euros ($7.5 million) in taxes have been annulled by a Greek court, setting up another round of judicial battles.
The case of Tolis Voskopoulos because a cause celebre for critics who said the judicial system and government protect the rich and famous while imposing austerity measures on everyone else.
The decision of the Council of State accepted five of his seven appeals against his conviction. He was fined 10,000 euros ($13,640) and given a suspended three-year jail term but has escaped punishment. The newspaper Proto Thema reported that it’s not known if he may be fined a smaller, undetermined amount after he earlier had said he’d already spent all the money and couldn’t afford to pay and his popularity has faded over the years.
In the Greek judicial system, an annulled case goes back to a court of appeal to be tried again and often leads to a drastic reduction in penalties. The government has not moved to seize his assets, although it was reported he has real estate worth more than 800,000 euros ($1.091 million.)
Officials said the singer, now 71, didn’t pay taxes for more than 20 years and was never pursued either despite his fame or because of it. When the case broke three years ago, it led to his wife, Angela Gerekou, losing her job as deputy culture minister.
The singer’s lawyer told the Athens Court of First Instance then that Voskopoulos had been unable to sell properties to pay his dues as all his assets have been frozen. The lawyer argued too that his client’s income had dwindled significantly over the years and comprised only royalties from his records and 3,500 euros ($4,770) per month from a rented property in Korydallos, near Piraeus.
At that time, a rapporteur at the Council of State, the country’s highest administrative court, recommended the dismissal of seven appeals lodged by Voskopoulos against the tax evasion charges, but the court ignored the recommendation.
The singer had appealed against the charges on the grounds of his health, which he claimed had deteriorated following heart surgery last May. The rapporteur called for the singer’s appeals to be dismissed as “unjustifiable.”
Greeks are furious that tax cheats owing the country $70 billion have largely escaped sacrifice while workers, pensioners and the poor are being hit with big pay cuts, tax hikes and slashed pensions and face the loss of their homes if they don’t pay in some cases.
Finance Minister Yiannis Stournaras is pushing for mandatory jail time for convicted tax cheats in major cases instead of suspended sentences but the government has mostly ignored pressure from international lenders to go after tax cheats as not a single major evader has been prosecuted.