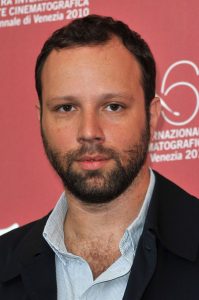 Greek director Yorgos Lanthimos was awarded the ARTE International Prize, at the 42nd International Film Festival of Rotterdam for the Best CineMart 2013 Project for The Lobster. Along with the prize came the cash amount of 7,000 euros. The film is an Element Pictures production (Ireland / UK / Greece), and was hailed as an exciting and original work by a talented filmmakers.

Lanthimos said his 1.9 million euros budget film is an unconventional love story which “observes how and why some people come together and become couples, while other ones don’t. It’s a story about the horrific effects of loneliness, fear of dying alone, fear that you will live alone and above all, the fear that you will live with someone else. Pushing ourselves to love someone is a kind of torture. Searching to find someone to love is also a different kind of torture. The Lobster is a story about finding synonyms for love in words like fear, rules, deadlines, naivety, prosperity, lies.

The 42nd International Film Festival Rotterdam, closes on Feb. 3. Boasting 33 projects from 31 countries this year, CineMart appeals to filmmakers especially because it gives those projects the chance to be greeted with potential financiers with an open mind.