More
GreekReporter.com USA With Secretary Kerry Coming In So Are New Opportunities

With Secretary Kerry Coming In So Are New Opportunities 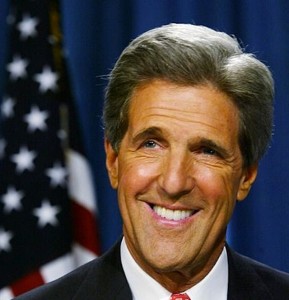 By Demetrios Rhompotis* – Tomorrow, Friday, February 1st, will be the last day for Hillary Clinton as Secretary of State. While it is early for a thorough assessment of her tenure, none can seriously question her skills and energy, especially the latter. According to NY Times columnist Gail Collins, she traveled 956,733 miles (imagine how many free trips she would have gotten had she been using her American Express card!), had 570 airplane meals (even if they were kosher, still elevate her to heroic status!), visited 112 different countries (by far surpassing George Papandreou) and had 1,700 meetings with world leaders (some of them definitely unbearable characters)! The numbers alone constitute a great record!

Senator and former Presidential Candidate John Kerry (D-Mass.) will be America’s next and 68th Secretary of State having won Senate confirmation last Tuesday. The son of a diplomat with a very astute knowledge of the world and the challenges its new job entails, Kerry comes well equipped and prospects of him becoming a great secretary of state are more than realistic.

He is also a good friend of the Greek American community and knows our issues very well – as well as Vice President Joe Biden who disappointed us in his first term (his one and only overture to the community was to visit Archbishop Demetrios in New York!) Some of our people are very close to Mr. Kerry, among them George Sakellaris, a billionaire from Massachusetts, who’s also president and founder of Ameresco, a leading North American energy efficiency and renewable energy company headquartered in Framingham, MA.

As President Obama commences his second and last term relieved from the burden of reelection, timing is perfect for our people to closely work with Secretary Kerry and the rest of our friends in the Administration in order to reach a just and viable settlement in Cyprus, to help bring FYROM to its senses, and to facilitate Greece’s exploitation of her natural resources in the Aegean Sea by neutralizing Turkey’s unfounded claims and threats.

The US has every reason to see all of the above mentioned issues successfully dealt with because a more stable Southeastern Europe is in the best interests of all parties involved, including Turkey (who is already facing the “dooming” prospect of an independent Kurdistan). Moreover, both the US and Greece have a lot to gain economically as well. If Cyprus’ natural gas exploration process serves as an example, American companies are better positioned to untap Greece’s natural resources which are expected to be vast and might be fundamental in reviving her sagging economy.

The time for Greek American friends of Secretary John Kerry to act upon these opportunities to serve the US, Greece and Cyprus has come and the clock is ticking…

Demetrios Rhompotis is a journalist based in New York and publisher of NEO magazine (www.neomagazine.com).