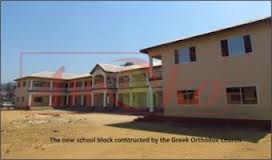 After acquiring a 49 -year lease from the Freetown City Council to use the Dr. June Holst Ronnes Municipal School for the Mission’s educational purposes, the Professor Gbamanja Commission of Inquiry issued a report the agreement is flawed.

According to AWOKO online newspaper, the is comprised of a primary and junior secondary school. The Greek Orthodox Mission has already constructed a two-story building with 16 classrooms for offices and a staff room and furnished with an additional administrative block and an orthodox church.

Maximus M. Bobson Kamara, General Manager of the Orthodox Mission, told AWOKO that he had not read the report yet but argued that all necessary legal procedures had been followed and the annual lease fees have all been paid year after year to the Freetown City Council with receipts. He said that the Ministry of Education should contact the City Council to clear matters up. “Maybe some protocols were neglected but the Freetown City Council did not violate any law,” he told AWOKO Kamara.

After leasing the property officially in February 2011, the Orthodox Mission renamed the school into Freetown Orthodox School Primary ad Junior Secondary School, but the Ministry of Education directed in its correspondence some months later that the school reverts to its original status, bearing the name Dr. June Holst Ronnes Municipal School. The case is still pending.