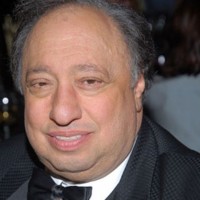 Greek-born American billionaire businessman, John Catsimatidis kicked off his campaign for the New York Mayor’s race on Jan. 29 on the steps of City Hall. The son of immigrants who was born on the tiny Aegean island of Nisiros, he said New York “is the greatest city in the world, but I want to make it a little bit better,” The National Herald reported.

“For the past 10-12 years the city has been moving in the right direction,” under Mayors Rudy Giuliani and Michael Bloomberg,” he said, adding that he is “in it to win it” – to make sure that continues.

Although running as a Republican, he has made donations to both Democratic and Republican Party campaigns and helped run a fund-raiser in 2006 with New York City Mayor Michael Bloomberg for Connecticut U.S. Sen. Joseph Lieberman who was running as an Independent after losing the primary.

During the spring of 2012, he said he was dismayed over the quality of potential candidates. He suggested that he’d support NYC Police Commissioner Ray Kelly, but as when Kelly has repeatedly denied any intention to run, Catsimatidis jumped in.

On Jan. 14 he told the New York Post that he had just written his own check for one million dollars to seed his campaign. Catsimatidis grew up in New York, NY after coming to the United States as an infant with his parents. He was graduated from Brooklyn Technical High School in 1966.

While pursuing a BS in electrical engineering at New York University, Catsimatidis worked for an uncle in a small supermarket on 137th Street. Catsimatidis ultimately dropped out of college, and in 1971, convinced he could make money in the grocery business, opened his first store on Manhattan’s Upper West Side at 99th Street and Broadway under the name “Seven Eleven” (which was not part of the similarly named franchise). Soon afterwards he opened a Red Apple supermarket on 87th street just west of Broadway and an empire began.