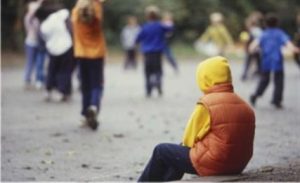 A Greek NGO dedicated to children issues, Hamoyelo tou Paidiou, meaning Smile of the Child, has published the results of its research on bullying in children and teenagers in six European countries including Greece, which shows the problem is bad.

There is no institution in Greece to deal with school bullying. The research was put under the aegis of the European Campaign Against Violence and Bullying and focused on bullies, victims and bystanders.

The research also included Lithuania, Bulgaria, Italy, Estonia and Latvia and engaged 18,000 students. The aim of the project is to further educated both public opinion and teachers on the issue. It will also create a permanent tool for observing bullying and school violence in these six countries. 4,999 students and 167 schools took part from Greece.

Results for Greece show that Greek students feel safer in class more than the students in other countries. Also, they report that the place where bullying takes place is usually not the classroom but outside. Greek students believe that they do not have enough information on the subject and expect their teachers to be better educated and informed on the matter.