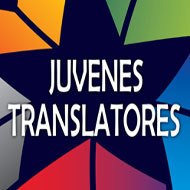 The award for the Juvenes Translatores (Latin for “Young Translators”) competition has gone to 27 students from each of the European Union’s countries, including a Greek and a Greek-Cypriot. The award ceremony will take place in April where the young translators will receive their prize, along with their teachers.

The contest began in 2007 and since then thousands of schools from all over the EU have participated. The contest gives the opportunity to students in schools to compete with each other in translating a text, usually one page, from any of the 23 official languages of the EU into any other.

The contest is organized every year by the Directorate General of Translation, the EU department responsible for the translation taking place all over the EU institutions where the official languages are used. The aim of the contest is to bring together students and teachers from across Europe interested in translation.

“The contest is an excellent way to promote language learning and translation as a possible career. Language skills are a fantastic asset: they broaden the mind and can boost employability, something which is especially important in the current economic environment,” said Androulla Vassiliou of Cyprus, Commissioner for Education, Culture, Multilingualism and Youth.

The winner from Greece, Maria-Fani Dedempili, from Korinthia, translated a text from Spanish to Greek. This year the texts were about the solidarity among generations which was the theme of 2012. The texts were prepared and marked by the Commission’s translators, to ensure that all texts were of the same level. The winners of the prize will receive it on the 11th of April in a ceremony in Brussels where Commissioner Vassiliou will be present to award young translators.