Italy Ships Migrants Back to Greece 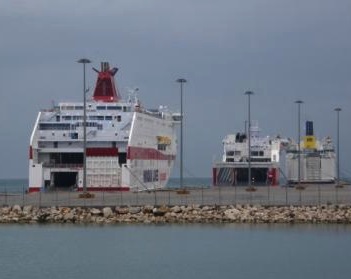 Italy’s policy of sending unaccompanied migrant children and adult asylum seekers back to Greece means they will face a dysfunctional asylum system and abusive detention conditions, Human Rights Watch said in a report published on Jan. 22.
Stowaways on ferries from Greece, including children as young as 13, are sent back by Italian authorities within hours without adequate consideration of their particular needs as children or their desire to apply for asylum, the group complained.
The 45-page report, Turned Away: Summary Returns of Unaccompanied Migrant Children and Adult Asylum Seekers from Italy to Greece, documents what HRW said was the failure of Italian border police at the Adriatic ports of Ancona, Bari, Brindisi and Venice to screen adequately for people in need of protection, in violation of Italy’s legal obligations.
HRW interviewed 29 children and adults who were summarily returned to Greece from Italian ports, 20 of them in 2012. “Every year hundreds of people risk life and limb hiding in or under trucks and cars on ferries crossing the Adriatic Sea,” said Judith Sunderland, senior Western Europe researcher at Human Rights Watch. “Too often Italy sends them straight back to Greece despite appalling conditions and treatment there.”
Placed in the custody of the captains of commercial ferries, adults and children alike are confined on board ships during the return journey to Greece in places such as makeshift holding cells or engine rooms and sometimes denied adequate food, according to the rights organization.
READ THE PRESS RELEASE