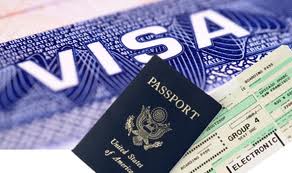 The Greek government’s decision to re-introduce Schengen agreements for its borders and rules adopted under them is seen by some as a threat to the booming economy of Greek tourism, which employs thousands of Greeks every year.
The new measures will require citizens from countries outside the EU to obtain a visa before entering Greece. For the past few years visa requirements had been lifted for non-European citizens and a simple passport control procedure was enough to allow them access into the country.
The simplified procedures resulted in a significant rise in numbers of Russian, Ukrainian, Turkish, Korean and Chinese tourists. In view of the possible changes to be introduced by the Greek government tourist and cruise agencies are worried that they will lose many customers and Greek tourism will suffer a severe blast during harsh economic times.
Applying and obtaining a visa from the Greek consulates around the world is a time-consuming and expensive procedure according to the existing provisions. The General Director of Majestic Internationa Cruises, Markos Lambros, told Proto Thema daily that waiving visa requirements has led to the increase of Turkish and Russian tourists to Greece over the past years. “Changing the current plain procedure of passport control will inevitably have a tremendous impact on Greek tourism,” noted  Lambros.
Τhree years ago, Majestic International Cruises chartered its cruise ship Ocean Majesty to Turkish Apex-Cruise Holidays enterprise in order to conduct three-day and four-day long cruises around the Aegean islands with the most of the passengers being Turkish nationals. The Greek Ministries of Tourism, Foreign Affairs and Citizen Protection supported the operation, and in 2012 a new cruise ship of Greek interests, Aegean Paradise was chartered to other Turkish tour operators. The two cruise ships have brought approximately 80,000 tourists to Greece.
Turkish tour operators have already booked cruise ships Ocean Countess and Aegean Paradise for 2013, while Luis Cruises is also planning on launching a cruise ship from Izmir or Istanbul to run similar cruises in the Aegean Sea.
The Greek Cruise Shipowners and Shipping Operators Association sent letters to the Greek Ministries to offer a solution to the problem. In their letter they proposed to lower the cost of issuing a visa from 80-100 Euros to 20 Euros per passenger and simplify the application and issuance process, maintain the current simplified passport control procedure, or issue the visa on board by a Greek officer for the respective amount of money.
“Given that Turksih tour operators have already advertised and sold tickets for the cruises with the Greek chartered ships, it is important to come up with a solution to the problem otherwise the foreign agencies will demand compensation from the Greek agencies,” noted Lambros.