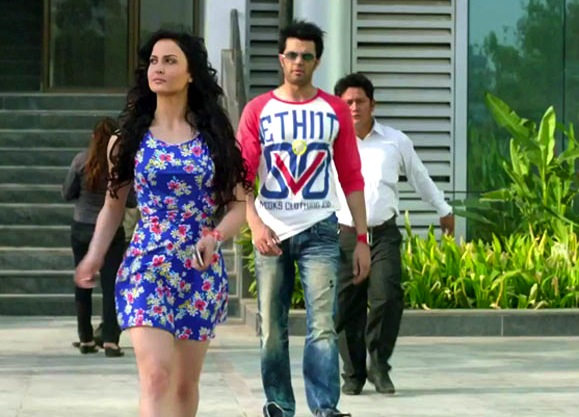 22-year-old Greek-Swedish beauty Elli Avram will be making her Bollywood debut as the love interest of Manish Paul in “Mickey Virus,” a thriller set in Delhi that involves a Punjabi computer geek planning the con of a lifetime.

Avram first appeared in Ingmar Bergman’s film “Fanny and Alexander” when she was just 2-years-old, alongside her mother, Swedish actress Maria Granlund. In an interview with The Times of India, she said that her father is a “Greek musician [who] is now settled in Sweden. I have done a local youth film and theatre, but I’ve always wanted to work as a lead actress in Bollywood since I was five.”

The film is set to release in India May 17.