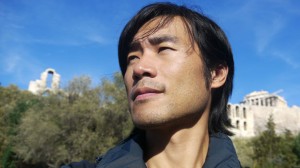 South Korean back packer Hyun Young Jung, who had been traveling through Europe for more than a year before reaching Greece, has claimed he was assaulted by police, then handcuffed and taken to a police station where he was again beaten.
He said he was first approached by a man in civilian clothes who asked for his passport but he declined to give it, not knowing if the man was a police officer or not. A few meters ahead, he said, an officer in uniform stopped him and Jung said when he asked to see an ID, the two men started punching him.
“I can understand them asking me for ID and I even understand that there may have been a case to justify them hitting me in the first instance. But why did they continue beating me after I was handcuffed?” he asked. Jung said he thought he was being mugged by criminals and began shouting for help from passers-by. “I was very scared,” he said, according to the BBC.
Jung says that outside the station the uniformed officer, without any kind of warning, turned on him again, hitting him in the face. “There were members of the public who saw what happened, like the man who works in the shop opposite the police station, but they were too afraid to help me,” he says.
He said he was held with a number of migrants from Africa and Asia who had also been rounded up as part of the police’s anti-immigration operation Xenios Zeus as the government tries to identify and deport illegal immigrants and the neo-Nazi Golden Dawn party has been accused of attacking them. It has been reported that half of Greek police voted for the extremist group, which won 18 seats in Parliament last year.
Lt. Col. Christos Manouras, the Greek police spokesman said the roundup to look for foreigners in the country unlawfully is legal.  “If someone is stopped by the police and they do not have a valid means of identification we will accompany them to the station until their nationality can be determined,” he told the BBC.
NGO’s and human rights groups have warned of a rise in assaults on immigrants and the U.S. Embassy warned American citizens of color to be careful in Greece. Last year, Shailendra Kumar Rai, from India, was a visiting lecturer at the University of Athens and said he was rounded up in the sweep when he went outside to have lunch and was stopped by police and didn’t have his passport on him. He said the police didn’t speak English and Rai said he couldn’t explain that he was a professor. He said even when some of his Greek collegues came to his assistance, officers arrested him and took him to a police station.
The Racist Violence Recording Network, a network set up by 12 NGO’s and UN High Commissioner, said in a report for 2012 that they had catalogued at least 15 other incidents of police violence due to racism, but Manouras said that while he couldn’t rule out instances of police overreacting that the majority of the force acts professionally.
Jung’s case became a diplomatic incident when the Korean ambassador to Greece requested a meeting with the Minister of Public Order, and the Greek Chief of Police, to insist on a fair investigation and just punishment for the officers involved, the BBC said. Jung, who is now on the last leg of his travels in the US, is still waiting for the police verdict but says that whatever the outcome he will never go back to Greece.
“I travelled through Azerbaijan, Mongolia, Kazakhstan and Armenia but I never felt in as much danger as in Athens,” he says. “Whenever people ask me if they should visit Greece I tell them to go to Turkey instead.”