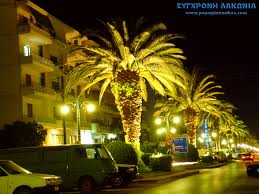 Sparta’s heyday of glory is long past from ancient times, but the British newspaper The Guardian has rated the city the second best cheap destination among the 10 best bargain city breaks in 2013.

The newspaper said that Easy Jet’s Gatwick-Kalamata route wil launch in July and offer access to Sparta, just an hour’s drive away. There may not be much that resembles Zack Snyder’s wild visions in the movie 300, there is a series of museums which detail Sparta’s fascinating history.

Double rooms at the Maniatis Hotel in the modern city of Sparti begin from 88 euros a night. The top list shows Kosice in Slovakia at number one, followed by Sparta, Barcelona, Dubai, Antwerp, Moscow,Reykjavik, Istanbul, Campania in Italy and New York, although anyone who’s been to New York might wonder where the cheap rooms are.