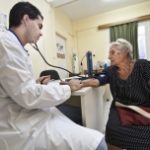 Georgios Topoulos, born in Poland to a Greek father and Polish mother and now living in Switzerland, feels his Greek side being tugged at the heart strings as he watches Greece dissolve in an economic crisis that has left the most vulnerable hurt by harsh austerity measures as the government does virtually nothing to help them.
He’s also the founder of the Swiss platform called fengarion.org  which uniquely is set up to allow donors to give directly to non-profit organizations without any middlemen or agencies taking commissions. It’s based mainly in Switzlerland but has branches in the United Kingdom, France and Poland. And now Greece, where it works with the Doctors of the World Athens office.
“There has been a lot of debate why such  an economic crisis happened, who is responsible and  who should pay for it.  There has been little sympathy towards a suffering population,” he told GreekReporter. Only a few weeks ago, he said, he was having lunch with a colleague who said the Greeks were getting what they deserved for decades of overspending.
“My answer was, ‘Please explain that to a child who is eating only every second day, or a mother who has no money for medication for her sick kid  or a grand-mother, grand-father affected by cancer and not financially able to take any  treatment,” he said.
It’s been left up to NGO’s in Greece to care for people most affected by the crisis: Greek Orthodox Church-operated soup lines, free medical clinics, volunteers dispensing free food, as the government stands on the sidelines. Topoulos said he couldn’t watch anymore without helping.
“I would like to mobilize the international solidarity of people who understand the situation in Greece of most vulnerable people and sympathize with them. I count on international Greek community and on friends of Greece. We have already donors supporting Doctors of the World Greece on Fengarion from Switzerland, India, US, Poland and France.”
There’s another dimension. “Although money is important in support of  Doctors of the World Greece action what is also important is to show the solidarity, act when there is a time to act and therefore any donation is welcome,” he said. It can be done at:  http://www.fengarion.org/organization.php?org_id=43.
Topoulos said he’s been moved by the stories of the sick and suffering and the poor in Greece as the government’s attention is taken up with pay cuts, tax hikes and slashed pensions to meet the demands of international lenders putting up $325 billion in two bailouts to keep the economy from collapsing.
“My motivation to fund the fengarion.org platform is the responsibility versus people who are less fortunate that I am. I believe that some people are born in the wrong place, in the wrong moment or in the wrong family. Others are more fortunate. When I moved around 22 years from Poland to Switzerland I felt like I would come to a kind of the ‘paradise’ and I could not fully accept that situation  knowing that at the same time in other places people are suffering poverty, war, famine, illnesses which could be treated but are not.”
He looked around for ways to help he said. “I have started to donate to  some humanitarian projects.  Later on when Internet started to develop and a first social networks appeared I thought that this is a great opportunity to make donors life easier and to create a tool which can help them to deal with some of major concerns, such as knowing where the money goes, seeing  results of donations, following a progress of projects, communicating with project teams, being able to become sort of ambassador for selected projects and  having an easy way to select good  quality projects from trustful organizations.”
The direct-to-NGO approach provides that all the money donated goes directly to the organization the contributor wants to help, he said. “Now we are promoting so-called responsible donating which means donors follow what happens with their donations,” he added.
While his group is helping non-profit agencies in a number of countries now, and drawing donors from around the world, he said he feels a deep responsibility toward Greece as well, a bitter irony as many Greeks are hiding their money in Swiss banks to avoid being taxed.
“Being half-Greek adds an emotional component,” he said. “I have family in Greece and I believe I understand the situation. The Doctors of the World Greece action is touching me a little bit more personally as they are providing the medical help to sick kids whose parents found themselves with no money for medication. This is what my mother experienced in Poland when I was 1 year old.” And he hasn’t forgotten.