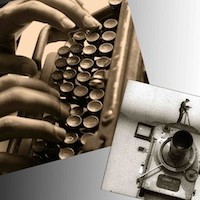 se’s screenwriting competition, scheduled for June 8, 2013, in keeping with the growth of genre specific films and the growth of smaller, country-focused film festivals worldwide, have announced that four additional categories focusing on the countries of Greece, Thailand and a special Latino category, have been added to the event roster along with screenplays focusing on the Culture of Peace.

Winners of the Greek, Thai, Latino and Culture of Peace categories will also qualify for the over-all category of Best Screenplay.

Carole Sumner Krechman, Executive Producer and CEO of CV Studios Entertainment, along with CVSE Co-Founder and CCO, Leanna Bonamici, Producer, Director and Creator of Shorts Showcase website and the PBS television show are continuing their mission to provide an on-going avenue of exposure for short-filmmakers of all ages and providing their films to a broader audience for a longer period of time by adding the Screenwriting Competition to a world-wide field of writers.

“We encourage writers from around the world the send us their best work so that our jury can evaluate and expose the screenwriter’s talent to the film industry at large,” commented Bonamici.

Categories include Best Feature Screenplay and Best Short Screenplay. Details of the event’s schedule, location for 2013, and jury announcements will be announced later in the year.

Entry forms, the competition’s policy and procedures and guidelines for submissions will be available at www.shortsshowcase.com. Questions about the competition can be mailed to [email protected]