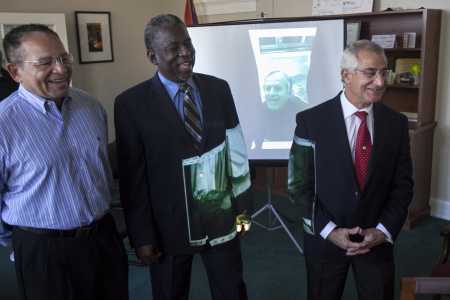 Tarpon Springs, Florida has the highest percentage of Greek Americans than any other city in the US.

Through a video call, the mayors of Tarpon Springs and sister city Kalymnos in the Dodecanese, shared Christmas wishes inviting one another to exchange visits and promised to do so before their respective terms end.

“Hopefully we’ll see you back over on this side very soon,” said Tarpon Springs Mayor David Archie.

The connection between schools will be offered to an elementary school in Hora, Kalymnos, so that students can have video meetings.

Tarpon Springs Vice Mayor, Chris Alahouzos said: “You must have good experience that you can share with us,” and gave his best wishes to Greece for 2013.

Grecian Air, a seaplane operator in Greece, has finally confirmed a launch date for its flights connecting islands to the mainland, after several years...
Economy

Greece 2.0, the plan for Greece's economic recovery post-COVID-19, has been laid out with the European Investment Bank to manage 5 bln euros