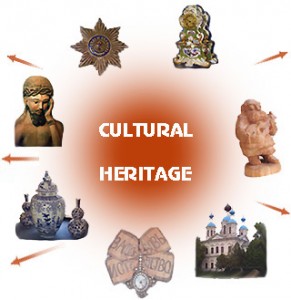 A Greek official, Anastassis Mitsialis, introduced a draft resolution before the United Nations Educational, Scientific and Cultural Organization (UNESCO) urging the return or restitution of cultural property to the countries of origin.

He said that, “Cultural heritage is the mirror of a country’s history, thus lying within the very core of its existence, since it represents, not only specific values and traditions, but also a unique way a people perceives the world.”

The resolution came before the 67th General Assembly in a report that covers such matters as new country ratifications of the 1970 Convention on the Means of Prohibiting and Preventing the Illicit Import, Export and Transfer of Ownership of Cultural Property, that brought the total number of States parties to 122, and the development of new legal and practical tools in that field.

The UNESCO report also describes emergency activities undertaken during the reporting period to protect cultural heritage in Haiti, Egypt, Tunisia, Libya, Syria and Mali, in response to natural disasters or conflict situations in those States.

It also recommends that Member States to introduce effective national and international measures to prevent and combat illicit trafficking in cultural property, including publicizing legislation and offering special training for police, customs and border services and to consider such trafficking a serious crime.

Nikos Tzellos, a young musician from Rhodes, has made it his mission to revive the folk music of his island for the modern era.
Read more
Greek News