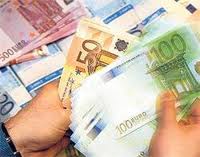 Greece’s state budget deficit narrowed 40% in the January to November period, in comparison with a year earlier, as steep spending cuts offset a small drop in revenues, finance ministry data showed Monday.
According to the figures, the deficit narrowed to 12.9 billion euros from EUR21.5 billion during the corresponding period a year earlier. The primary deficit for the eleven months also fell sharply to EUR1.5 billion, compared with EUR5.9 billion previously.
The overall deficit figures beat an eleven-month target of EUR15 billion, mainly as a result of steep cuts in public spending. State budget expenditure fell to EUR58.7 billion through November from EUR68 billion a year earlier.
Net budget revenue was EUR45.8 billion, roughly in line with the annual target, and slightly lower than the EUR46.5 billion figure in the first eleven months of last year.
“Solid expectations are being created for the achievement of a good result for 2012, a fact which will set up the basis for the achievement of a primary surplus in 2013,” said Deputy Finance Minister Christos Staikouras in a statement.
The state budget includes central government operations and Greece’s public works budget, but doesn’t include other national government entities and operations, like some of the state pension funds or defense spending, which are reflected in the general government budget.
(source: dowjones)