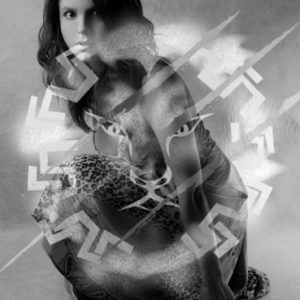 The 11th edition of Art Basel, one of the most prestigious art shows in the United States, will be held from Dec. 6-9 in Miami Beach and feature works from more than 260 leading galleries from North America, Europe, Latin America, Asia and Africa – including Greek-Australia Kaliopy.

It will showcase works by more than 2,000 artists of the 20th and 21st Centuries. Kaliopy has presented her work as well at galleries through Australia and the United States.

The exhibiting galleries are among the world’s most respected art dealers, offering exceptional pieces by both renowned artists and cutting-edge newcomers. The show has been a vital source for art lovers including directors of the world’s biggest art museums, celebrity collectors such as actress Catherine Zeta-Jones, allowing them to both discover new developments in contemporary art and experience rare museum-caliber artworks.

Bay Area architect Jennifer Weiss told the San Francisco’s 7×7 that, “Since it’s very selective, the show is an extremely efficient way to learn about the art world,” turning the “Are you going to Miami this year?” question in the city’s art and design circles into a rhetorical one. 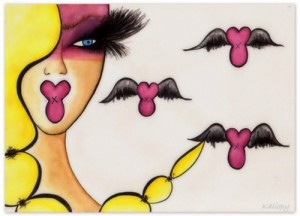 Innovative and contemporary artist Kaliopy has found the ideal way of expressing her passion for life; the key-word is painting. Being both an artist and curator, despite the fact she has never been formally trained, Kaliopy proves that natural talent is essential, but only if it’s honed well.

Her creative red head keeps coming up with inspirational artistic projects, encouraging her to get involved with several art and entertainment columns, magazines and blogs as well as art shows such as Outsiders Window, The New York Optimist, Three Men and a Red Head just to name a few. Her love for dancing is depicted through her paintings which could be described as clearly sensual and feminine, drawing the viewer’s attention at once!

More information about Kaliopy is available on her page on Facebook.