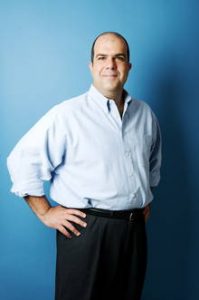 Stelios Haji-Ioannou, the Monaco-based businessman of Greek origin, best known for launching  the low-cost airline called easyJet, who has become a successful budget air carrier, has taken his idea to another Africa, under the name FastJet, connecting several cities to each other.

FastJet’s headquarters are in Tanzania and connects with Uganda and Kenya and is expected to include more African destinations in its routes as well. Tickets are available from $20 and the airline officials stress the fact that “Fastjet low-cost definitely does not mean low quality.”

Having studied at the London School of Economics, Haji-Ioannou, son of the late shipping magnate Loucas Haji-Ioannou, created his own shipping company, Stelmar, at the age of 25. He founded easyJet in 1995 and he has been its largest shareholder since then.

In 2006, he received a knighthood from Queen Elizabeth II for services to entrepreneurship. In 2009, he  was nominated Honorary General Consul for the Republic of Cyprus in the Principality of Monaco. He has launched several philanthropic initiatives  through his Stelios Philanthropic Foundation including scholarships for Greek and Cypriot students.

The Ancient Greek Lexicon Published after 23 Years in the Making