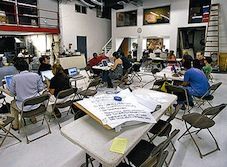 Greece’s recession-hit businesses face “annihilation”, a leading chamber of commerce has warned, as a fatal combination of falling sales and job cuts meant the country was in its worst economic shape for 14 years.
“Returning to 1984 purchasing power levels, 1998 employment levels and 1999 salary levels will not help Greece’s economy in 2013,” said Vassilis Korkidis, chairman of the National Confederation of Hellenic Commerce (Esee).
The association, representing a sector which employs nearly 18pc of the Greek workforce, presented an annual study forecasting a further drop in sales and job cuts in an economy where the unemployment rate currently exceeds 25pc.
More than 40pc of limited liability companies and 70.6pc of general and limited partnerships expect a fall in sales, and one in three businesses in both categories expects to shed workers next year, the report showed.
“If this situation continues, the trader sector… will be threatened with annihilation,” Mr Korkidis said.
“The recipe of successive (fiscal overhauls) appears to have failed,” he said.
The measures have been prescribed by the European Union and the International Monetary Fund which have been propping up the near-bankrupt Greek economy with billions of euros in loans since 2010.
After a third year of austerity, eight in ten businesses report a fall in sales and seven in ten have lost access to bank funding, Korkidis said.
“Europe needs a three-pillar approach: regain confidence, implement needed structural reforms, provide growth-enhancing measures,” said Gunilla Almgren, president of the European association of craft, small and medium-sized enterprises (UEAPME).
Development Minister Costis Hatzidakis said the government had pledged to pay businesses outstanding state debts of three billion euros by the end of the year.
The state owes private suppliers more than €8bn in total.
(source: AFP)