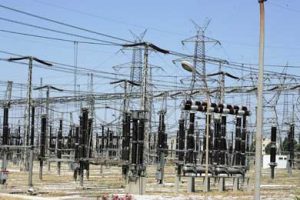 With winter rapidly approaching, Greece’s Public Power Corporation is cutting off the power to 30,000 customers a month who can’t pay rising bills as their pay has been cut, taxes hiked and pensions slashed – but is mostly sparing businesses who are in arrears.
PPC Managing Director Arthouros Zervos admitted that the utility company is turning off the lights for bills that haven’t been paid, but did not say if the shutoffs are because they can’t pay for the electricity or doubled property tax bills that have been put into their utility charges.
The revelation came as Zervos responded to a question by Democratic Left Member of Parliament Vassilis Economou, who had been asking about the apparently high number of homes in the Thriasio Plain, west of Athens, losing access to the power grid.
Zervos responded by informing Economou that only about 280 homes and businesses in the industrial area are being disconnected each month while the company has mostly been moving against residential customers.
The doubled property tax surcharge was put into utility bills by former finance minister Evangelos Venizelos, now the head of the PASOK Socialist party, who is backing harsh new austerity measures against workers, pensioners and the poor.
Many Greeks – and some Greek schools – face a bleak winter without electricity or heating fuel because they can’t afford to pay the price and the government has offered only a pared-down emergency fuel subsidy program that has also been cut back as part of austerity measures.