US Adm. Stavridis Cleared of Misconduct 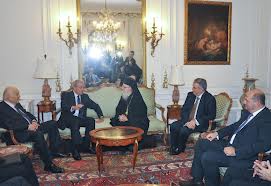 Defense officials said the head of U.S. European Command, Admiral James Stavridis, has been cleared of misconduct after a lengthy Pentagon investigation into travel and spending questions that derailed his chances last year of becoming the Navy’s top officer.

A Pentagon Inspector General’s report alleged that Stavridis failed to exercise enough oversight of his staff and made record-keeping and reimbursement mistakes, including trips he took that included family members.

Navy Secretary Ray Mabus reviewed the report and concluded that Stavridis did not misuse his office or use his position for personal gain. Mabus attributes most of the 10 allegations to accounting errors that Stavridis corrected.

The only action taken by Mabus was a discussion with Stavridis about the need to have better oversight and to improve reporting procedures and documentation requirements for travel expenses. Stavridis’ current job, which also includes his position as NATO Supreme Allied Commander, is not affected. Officials discussed the investigation on condition of anonymity because it has not yet been released publicly.