Pavlopetri, The City Beneath the Waves 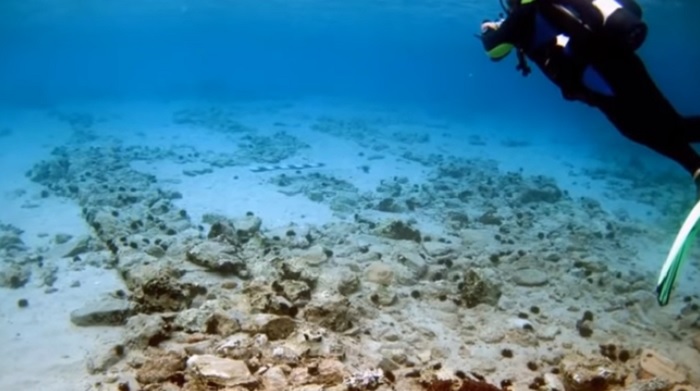 A BBC4 hourly documentary will display the wonders of the submerged city of Pavlopetri in Greece, an ancient and forgotten city literally lost in the  mists of time.

A team of underwater archaeologists and experts used CGI technology to reveal the secrets of Pavlopetri in Greece, the world’s oldest submerged city.

The city is off the coast of southern Laconia in the Peloponnese and is about 5,000 years old and has an almost almost complete town plan, including streets, buildings, and tombs.

The story goes back in 1967 when marine archaeologist Nick Flemming, stumbled upon some of the remains of this submerged “treasure,” something that not even Greeks were aware of. Since the 1960’s no one has done any research about the origins or even tried to find Pavlopetri until now.

This mini-documentary revealed that this ancient city consisted of 15 buildings and while on a helicopter ride above the seashore the crew could clearly see some of the remains, under the waves, still visible today. Oscar Pizarro, marine archaeologist, and his team used a mapping torpido (underwater robot) to scan and take pictures of this underwater city.

The findings astonished everyone, since they dated back to 2000 B.C. and indicated that it was a very wealthy city, due to naval trading. The team also took a trip to the nearby villages and some of the deserted areas around Pavlopetri and discovered that the architecture was was very similar to that of the submerged city; in fact so little has changed in the last 3000 years. Pavlopetri was officially the first neighborhood of Europe.

Elias Spondilis -head of the Greek team – took charge and his underwater team tried to excavate one of the large pythos that was found laying on the sea floor and that was very similar to the ones that were used in Knossos.

Both the Greek and the English team agreed that the city was an active trading port, due to its location, but above all it was a cultural melting pond. With all this information and findings available only time will tell what more will surface for this ancient Greek jewel.