George Clooney May Cheer Stacy Keibler On at Athens Marathon 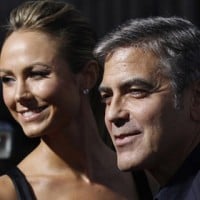 With the Athens Classic Marathon set to take place in Greece this Sunday, Nov. 11, George Clooney just might be girlfriend Stacy Keibler’s biggest fan at the race.

The tall, blonde beauty is participating in the 5km event and Greek Reporter has learned that Clooney could be there to cheer her on. Buzz is circulating that the Hollywood actor/producer/director has booked a ticket to Greece to show his support for Keibler as she makes the run through Athens.

Greek Reporter caught up with the couple at the Golden Globes this past January, where they mentioned they would be heading to Greece, but didn’t say when.

Be sure to keep an eye out on the crowd for Clooney, and best of luck to Keibler at the race!