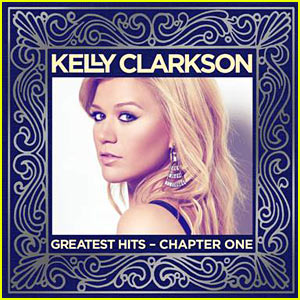 It’s hard to believe Kelly Clarkson has already spent a decade making music since being the very first winner of the reality singing competition “American Idol.” As one of the most successful artists to come out of the show, it’s only fitting that the singer, of Greek and Irish heritage, is releasing a Greatest Hits album this month.

The album, titled Greatest Hits – Chapter One, features 17 tracks from the 30-year-old performer. Also included is a brand new single, “Catch My Breath,” which is currently available on iTunes.

Full track listing for the upcoming album, due out Nov.19, is as follows:

1 Since U Been Gone
2 My Life Would Suck Without You
3 Miss Independent
4 Stronger (What Doesn’t Kill You)
5 Behind These Hazel Eyes
6 Because Of You
7 Never Again
8 Already Gone
9 Mr. Know It All
10 Breakaway
11 Don’t You Wanna Stay (with Jason Aldean)
12 Walk Away
13 Catch My Breath
14 People Like Us
15 Don’t Rush (featuring Vince Gill)
16 A Moment Like This
17 I’ll Be Home For Christmas