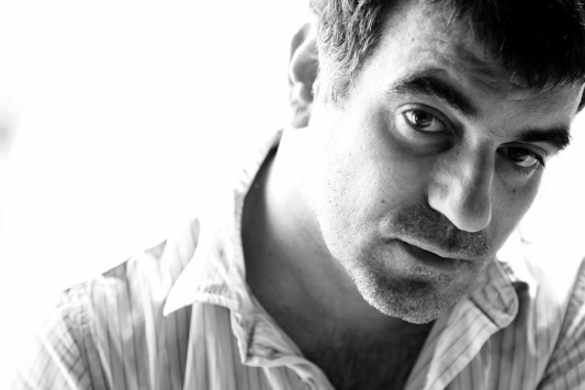 Greek Police arrested the journalist who published the list with the names of 2,059 people who made $1.95 billion in deposits in the Geneva, Switzerland HSBC bank branch. The arrest took place at a house of a friend of the Greek journalist in the Northern suburbs of Athens around 11.30 a.m. on Oct. 28.  As he was getting arrested Vaxevanis tweeted to his followers and asked them to help him “in this unlawful arrest.”
Greek police said that the prosecutor ordered the arrest of the investigative journalist and publisher of ‘Hot-Doc’ magazine because by publishing the list he violated  the Greek laws on releasing private data.

“The prosecutor issued a warrant for Vaxevanis’s arrest because he published a list of names without special permission and violated the law on personal data,” a police official said. It’s not unlawful for Greeks to have accounts in another country as long as they are declared and taxes are paid on them.
‘Hot Doc,’ the magazine who leaked the list, stressed that people on the list should not be considered tax evaders unless it is proved they did not pay taxes on the deposits. “It is apparent that a large portion of deposits are not justified with the income of depositors. Proof is that most accounts were closed after the bank briefed on the data leaking.”
Vaxevanis wrote that he had received the list content on a USB memory stick “by somebody” who wrote to HOT DOC that s/he “believed that the list has been misused for political and economic purposes for two years.”
He was immediately released after his arrest for leaking the list that had been given to then Greek Finance Minister Papaconstantinou in 2010 by then French Finance Minister Christine Lagarade – now the head of the IMF. Papaconstantinou said he lost it and neither he nor his successor, Evangelos Venizelos, now the head of the PASOK Socialist, checked to see if there were any tax cheats on the list as the government was imposing brutal pay cuts, tax hikes and slashed pensions on Greek workers, pensioners and the poor.
He is to appear in court at noon on Oct. 29 when the date of his trial, on charges of violating laws relating to the privacy of personal data, is to be set, which critics said showed how fast the Greek government acted to quell a whistle blower while letting thousands of tax cheats escape. Vaxevanis noted how swift the justice system worked to apprehend him but has not prosecuted tax evaders.
Vaxevanis made several postings on his Twitter account before being taken in. “They’re entering my house with a prosecutor now, they’re arresting me. Spread the word.” He described the police surrounding the house of a friend where he was arrested, as “fascist militia.”
In an interview uploaded onto the Internet before his arrest, following the announcement that a warrant had been put out, he said he was being unfairly targeted. “Instead of arresting the tax evaders and the ministers who had the list in their hands, they are trying to arrest the truth and freedom of the press,” he said.
Watch the video with Vaxevanis’ response after the prosecutor ordered his arrest: