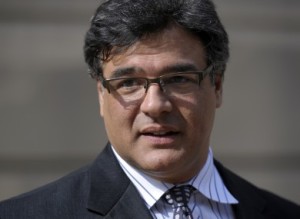 Former CIA analyst and case officer John Kiriakou was to be sentenced to 2 1/2 years in prison after pleading guilty in a Virginia court on Oct. 24 to charges of leaking information to reporters, including the identity of a covert agency officer.

Kiriakou, 48, was the first U.S. official to confirm waterboarding of al-Qaeda captives. Under a plea deal, all sides agreed the former CIA counterterrorism operative would likely be sent to at a minimum-security prison camp in Pennsylvania. He will also pay a $250,000 fine. If he had been convicted in trial, he could have spent decades in prison.

U.S. District Judge Leonie M. Brinkema noted the proposed term was the same as that given in 2007 to former White House aide Scooter Libby in a separate CIA leak case. Libby’s sentence – for false statements in an investigation into the disclosure of the identity of CIA official Valerie Plame Wilson – was later commuted by President George W. Bush.

CIA Director David H. Petraeus hailed Kiriakou’s guilty plea as the first successful prosecution in 27 years under a 1982 law that makes it a crime to disclose the identities of covert U.S. intelligence operatives.

Kiriakou, who worked for the agency from 1990 to 2004, admitted he disclosed the name of former colleague Deuce Martinez to investigative journalist Matthew Cole, formerly of ABC News. Kiriakou, named chief of counterterrorist operations in Pakistan after the Sept. 11, 2001, terrorist attacks on the United States, was a leader of the team that located and captured suspected high-level al-Qaeda facilitatorAbu Zubaydah in Pakistan in 2002. Abu Zubaydah was waterboarded a reported 83 times by government interrogators as part of the Bush administration’s “extraordinary rendition” program.