Bollywood Actress Neetu Chandra: Indians and Greeks Have 'A Lot' in Common 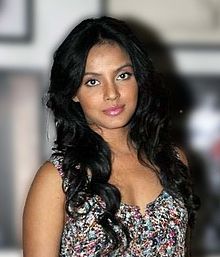 In an interview with The Times of India, Bollywood actress Neetu Chandra discussed her experiences while shooting a film in Greece and Cyprus. She mentioned she saw a similarity between Greek and Indian cultures, with one minor exception.
“There’s a lot that we share in common, but I think they’re more conservative than us,” she told the publication.
Chandra didn’t elaborate on what she considered to be the more conservative aspect of Greek culture. A few months ago, she admitted that she had also “fallen in love with Greece” during her stay.
In the Greek-English film, “Home Sweet Home,” directed by Kyriakos Tofarides, Chandra is in a love triangle with three Greek men who all vie for her attention.
The film is scheduled to be released in Greece and Cyprus around Christmas.

Before the breakout of the War of Independence, Alexandros Ypsilantis decided that the first blow against the Ottomans should be outside Greece
Greece