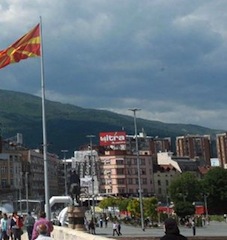 More and more Greeks are moving to neighboring Balkan countries to take advantage of cheaper heating oil with big tax hikes in Greece further pushing up the cost for them at home. Greeks living in the north, particularly Macedonians and Thracians, have been traveling for years to Bulgaria and Skopje to buy cheaper oil products or stay there for the winter.
With prices in Greece spiking rapidly, more people are deciding to migrate, either temporarily or for good, because they can’t afford heating oil and the winters in the northern part of the country are often deeply cold, dangerously so for people with health problems and the elderly.
The newspaper Ellada noted the trend and noted that the cost of living in some other Balkan countries could be as low as 100 euros a month, including heating oil.