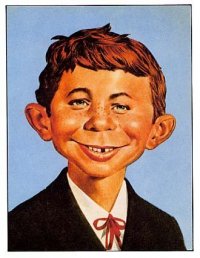 Given the complete, total, abject, utter 40-year-long failure of the New Democracy Uber-Capitalists and PASOK Anti-Socialists who have put anyone with a pulse – and some without – on public payrolls in return for votes, drowning the country in debt, it should be no surprise that Greece’s major opposition party, the Coalition of the Radical Left (SYRIZA) which is a loose collection of Maoists, Stalinists, Leninists, Che Guevara T-shirt fans, Castroites, environmentalists, Trotskyites, Communists, and people who don’t wear sport coats or ties, is now leading polls and favored to win the next elections when Prime Minister Antonis Samaras’ government falls.
Am setting up a dead pool on that one, if you want to place a bet, but here’s a hint: don’t pick a date past 2013 because that’s when Harvard has penned in his name to sit next to another failed Premier, George Papandreou, to teach Failed Government 101 at that once-prestigious university.
Because the New Democracy leader Samaras, has caved in to the Troika of the European Union-International Monetary Fund-European Central Bank (EU-IMF-ECB) and obeying their orders to impose more pay cuts, tax hikes and slashed pensions instead of pulling the trigger to fire 150,000 corpses posing as public workers, more Greeks have finally given up on him.
They already have dismissed his coalition partners, the Democratic Left-Right and the PASOK Anti-Socialists that Papandreou once misled. A recent poll gives SYRIZA with 48 percent of the vote at the same time 80 percent believe the country is headed in the wrong direction, as in off a cliff, and Samaras is the lead lemming.
This is bad news for New Democracy, and even worse news for Greece because SYRIZA is led by Alexis Tsipras, a humorless, clueless civil engineer who may have been a swell surveyor in the only job he ever really held but couldn’t lead Greece out of its economic crisis with a GPS. Tsipras is vehemently against the $325 billion in two bailouts Greece is being lent by the Troika – although $211 billion is being withheld until Samaras rams another $17.45 billion in spending cuts and tax hikes aimed primarily at workers, pensioners and the poor through the Parliament. Samaras will succeed because he has the support of the traitors of the other left, PASOK and the Democratic Left-Right that, as Samaras did, reneged on promises to resist more austerity measures.
With 2-½ years of austerity putting two million people out of work, closing 68,000 businesses and shrinking the economy by 7 percent, enough Greeks have had enough and are willing to try anything except more of the same bad medicine that has poisoned them. But they aren’t willing to accept that the crisis is partially their fault for allowing New Democracy and PASOK to pack public payrolls with hundreds of thousands of needless workers for generations in return for votes, what civilized countries call vote-rigging and make it a crime.
With 72 percent of Greeks saying they are now against the bailouts and its conditions – contradicted by numbers showing as many don’t want Greece to leave the Eurozone – Tsipras is champing at the bit hoping to ride a crest of disillusion and discontent to become Greece’s next Prime Minister in a country that changes them as fast as George Steinbrenner did New York Yankee managers.
HAIL FREEDONIA!
Big mistake. Tsipras, like Communist party leader Aleka Papariga, who admitted she never wants to win but only oppose, has no plan other than to attack anyone else who’s in power. With Greece dragged down by nearly 1 million public workers who mostly just sit around and smoke and drink coffee – the ones Samaras doesn’t want to fire because of the political cost – Tsipras says he wants them kept on the payrolls even if they do nothing. That’s the kind of thinking that has Cubans driving 1957 Chevrolets. Tsipras can’t tell you what he’d do to save Greece because he doesn’t know and his type never does.
Since the June 17 election that Samaras narrowly won, but without enough of the vote to form a government, forcing him to bring on his dreaded rivals of PASOK and the Democratic Left-Right-Center-Hut! Tsipras has been on a mental vacation. Apart from a few sound bites and an appearance at a rally when German Chancellor Angela Merkel was in Athens, he has been as silent as a Red Sox fan in Yankee Stadium. It’s because he has nothing to say and his plan to save Greece is to keep spending money it doesn’t have.
Some media love to portray the 38-year-old Tsipras as charming and charismatic but he’s as exciting as watching grass grow and has no original ideas, preferring instead to spout the usual Leftist inanities against the running-dog-imperialist-apitalists, although he was right when he said the Troika will keep pouring rescue monies into Greece no matter what happens so that it won’t default and bring down the Eurozone.
But that’s not a plan to revive a country, it’s an excuse not to. Occasionally, Tsipras emerges from the cave where he hides to fire off a few tired Leftist bromides and stands there grinning like he’s auditioning for the role of “What, me worry?” Alfred E. Neuman to be on the cover of Mad magazine. If not for Papandreou’s near-ruination of Greece that led his administration to collapse, Tsipras would still be a footnote with 8 percent of the vote.
There’s no political will in Greece to do the right thing, and Tsipras as Prime Minister would complete Greece’s collapse into chaos and he brings to mind Groucho Marx as Rufus T. Firefly heading Freedonia in Duck Soup: “The last man nearly ruined this place. He didn’t know what to do with it. If you think this country’s bad off now, just wait ‘til I get through with it.”