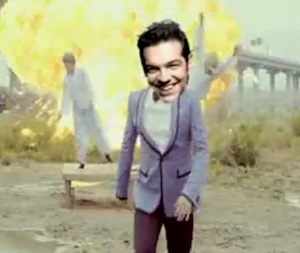 Greek amateur Youtubers bring Gangnam Style to Greece and create parodies and covers of Psy’s music video that has taken the world by storm.
The original video on youtube climbed to 100 million views in 51 days — faster than Justin Bieber’s “Baby” and Rebecca Black’s “Friday,” according to the Daily Dot — and elicited a deluge of response videos. Today, Psy’s video has more than 400,000,000 views. The creators stage name is Psy, but his real name is Park Jae Sung.
The videos below are four versions of Gangnam Style that were filmed in Greece. Their content varies from political to just for fun – while another one that was filmed in Cyprus includes some profanity – so watch with caution.
Watch below and let us know what you think in our comments section:
The Greek political Gangnam Style

A total of 880 cases of the coronavirus were diagnosed in Greece on Monday, which represents four less than those recorded in the country on Sunday.
Greece