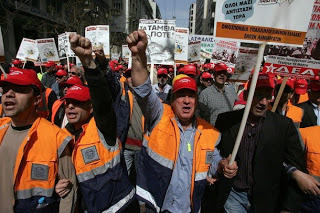 Busting a stereotype that they are the laziest and least efficient workers in Europe, Greeks actually work more hours than any of their counterparts in other countries, a report from the European Commission shows.

The report dwelled on the miserable prospects for jobs for the unemployed and other social issues, but gave a boost to beleaguered Greek workers and their image.

The report shows growing unemployment, declining disposable household income and growing differences between member states, and put Greek workers ahead of even those in touted Germany, while the Austrians were the second longest-working. 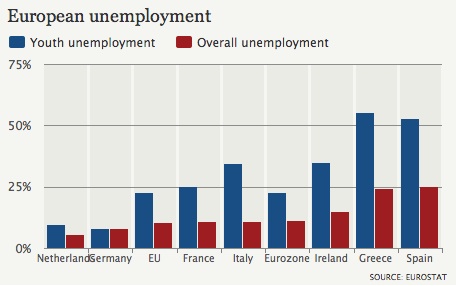 In the 17-country Eurozone, declines were of 0.6 % and 0.5 % respectively. There are more than 25 million unemployed in the 27 countries of the EU, which have a population of nearly 500 million. Total unemployment in EU is estimated at 10%, while there are huge disparities between countries such as Spain (25,1%) and Austria (4,5%).

Households report that their income has been dropping, especially for lower-income families, although some wealthy households were starting to dip into their savings account. Child impoverishment seems to a growing issue in the EU. As the report suggests, allowances and tax incentives are very helpful  because they allow parents to work enough to secure a proper income. Child poverty is treated more efficiently in countries such as Hungary, Finland and Sweden while in Spain and Greece the benefits have almost no impact.