According to Neos Ko 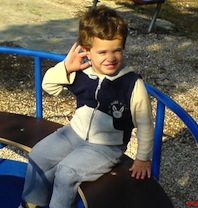 smos, Professor of Electrical Engineering specialized in Nano-electronics, Stan Skafidas, and professor of Neuro-psychiatry, Christos Pantelis, both from the University of Melbourne, recently managed to improve a promising test for the diagnosis of autism and schizophrenia which is able to determine whether a young person belongs to a high risk group.

They examined the genes connected to the disease from specimens of 8,000 people. They both make it clear , in Neos Kosmos that the test is still in an experimental stage. “The test is preventive and gives an opportunity for physicians to use it in conjunction with other tests for early diagnosis,” they noted.

This research opens up an even bigger and certainly optimistic chapter for mankind called link of genetic code with mental illness. Potentially, such a discovery could contribute to early diagnosis and proper treatment.