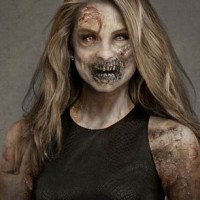 The campaign, which also coincides with the new season of AMC’s zombie-based television program “The Walking Dead,” aims at raising awareness for people to donate blood. The network partnered with The American Red Cross, and is responsible for organizing a varied group of celebrities to participate in the campaign. “Walking Dead” make-up artist Greg Nicotero worked his magic to create the transformations. AMC will run a public “zombie” announcement on their channel and website through October 22. 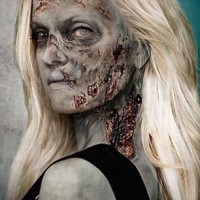 For more information on how to donate, visit redcrossblood.org or call 1-800-RED CROSS.

And, the zombie apocalypse continues on AMC when “The Walking Dead” premieres October 14.