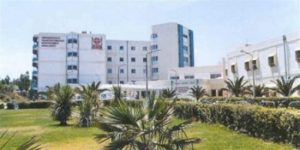 On a daily basis, Greeks are talking about the crisis and the financial burden they have to carry. High unemployment rates, parents without a proper job to cover the family’s monthly basic expenses, and desperate people who see little hope are common stories now.
Many Greeks don’t have health insurance and those who do find they still have to pay doctors and pharmacists because the government hasn’t, and customers are being told only cash will be accepted.
Perhaps one of the most troublesome examples was that recently in Heraklion Crete, when an unemployed father couldn’t pay a 200 euros hospital bill to cover the cost of treating his son for pneumonia and was left to scream at officials that they should keep his son instead. After much discussion, the two sides reached a settlement and hospital officials said they would assist the family.
(Source: prismanews.gr, newsbomb.gr)