Costa-Gavras’ ‘Capital’ Picks Up US Distributor 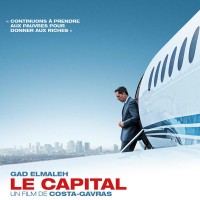 “Capital,” a big screen adaptation of Stephane Osmont’s novel “Le Capital,” stars Gabriel Byrne and revolves around a European investment bank executive who tries to hold onto power when an American hedge fund company wants to buy them out. The film dissects the capitalist system, and is described on the TIFF website as an “adrenaline-fuelled trip through the ins and outs of global finance.”

The film is in French and English. Gavras’ wife, Michele Ray-Gavras, served as a producer. Cohen Media Group, headed by Charles Cohen, has previously been responsible for projects including “Frozen River,” “Farewell My Queen,” “Madoff,” “The Awakening,” “Oranges and Sunshine,” and “My Afternoons With Margueritte.” Costa-Gavras is most noted for his work behind the camera on “Z” and “Missing.”