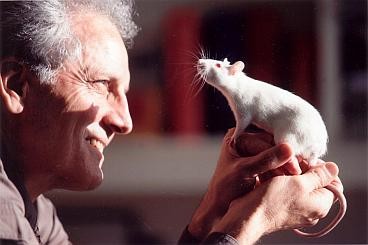 The Ithacan Philanthropic Society organized a lecture for  Sept. 12 in Melbourne featuring Professor George Paxinos from the University of New South Wales. Professor Paxinos, a respected member of the Society, is acknowledged as one of the world’s renowned neuroscience researchers.

Paxinos will talk about The Contribution of Greeks in the Field of Neuroscience – from the Pre-Socratic Era, Through to and Including the Period of Von Economo. Prior to the presentation, which will be delivered in English, a brief synopsis of the topic will be delivered in Greek language. The Society’s Clubrooms will be open for anyone who o would like to meet Paxinos prior to his presentation.

Paxinos was born in Lefki, Ithaca, Greece. After attending secondary college in Ithaca, he completed his undergraduate studies at UCLA Berkeley, received his doctorate at McGill University in Montreal and spent a post-doctoral year at Yale, before taking up a position at the University of New South Wales.

He has authored 160 research papers and 42 books, including the Rat Brain in Stereotaxic Coordinates, which is ranked by Thompson ISI, amongst the 50 most cited items in the Web of Science, and the third most-cited scientific book of all time. This year, he was awarded by the prestigious Athens Academy in the Positive Sciences category.