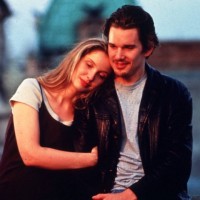 Ethan Hawke and Julie Delpy are teaming up for a sequel to “Before Sunrise” and “Before Sunset.” The title of the film is supposedly set to be “Before Midnight,” which is currently shooting in Greece.

The first two films about their romantic escapades took place in Vienna and Paris. In an interview not too long ago, Delpy mentioned she was catching a flight to Greece but did not say for what reason, and Hawke was seen visiting Pylos over the summer. Rumors were flying that a sequel was in the works, but nothing was actually confirmed. Actors and crew, however, have been seen around Kardamyli, Koroni and Pylos.

The sequel will likely begin where “Before Sunset” left off. Richard Linklater is getting behind the camera once again for the third film, which is sure to please those who have been following Jesse and Celine’s love story since “Before Sunrise” was released in 1995.