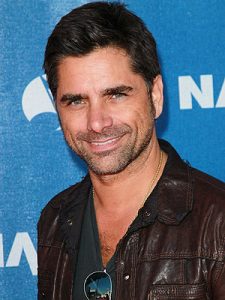 John Stamos is certainly enjoying himself in Broadway’s The Best Men, but his character is so different to uncle Jesse, as he is known to many fans.

During an interview People magazine he said that “It’s one of the hardest things to be a bastard for two hours and 40 minutes.” He said he has spent 30 years trying to make people like him and now he feels weird that he has to do exactly the opposite.

Stamos, who had memorable roles on several TV series such as ER and Glee, since his Full House days, revealed that he had it tough when it came to his character’s southern accent. “I just don’t have a natural ear for accents; I worked on it so hard.”

The star hasn’t spoken much about his dating life since splitting from his ex-wife, Rebecca Romijn, back in 2004. He joked about being a happy bachelor and that he has absolutely no idea why he doesn’t age. He believes though that staying young comes from the fact that he doesn’t have kids and he’s not married. “But I feel great. like in my 20’s,” he said.