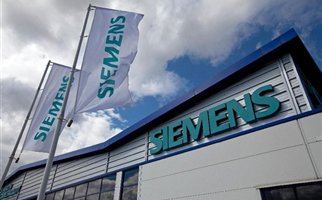 The German engineering giant Siemens has concluded an agreement with Greece, agreeing to pay an eventual $212.5 million to settle a scandal in which the company admitted paying nearly $512 million in bribes to Greek politicians in return for contracts. None have been prosecuted, although the case came to light four years ago.
The agreement calls for the payment of $100 million to the Greek government now and another $112 million over the next five years, to be used to fund various institutions and activities, including anti-corruption programs and money-laundering. Other monies will go to universities, libraries and 100 grants per year for students who want to make studies in telecommunications, development, health and industry
It will also fund hospitals with a specialization in child’s care. At the same time Siemens will invest $125 million in Greece, where it employs 600 people. Another $112 million will create a factory that will employ 700 people. Siemens said it would also will assist the Greek state to fight corruption and cover the cost of the legal action. The European Commission has stated that it still holds the right to examine on its own whether the compromise is legal or not
The deal was signed by Greece’s Finance Minister, Yiannis Stournaras as Prime Minister Antonis Samaras was in Berlin, meeting Chancellor Angela Merkel to discuss Greece’s ongoing attempt to cut another $14.16 billion from its budget on the orders of international lenders. The dispute had also held up the opening of a number of new and completed Metro stations that needed equipment from Siemens.
(Source: SKAI)