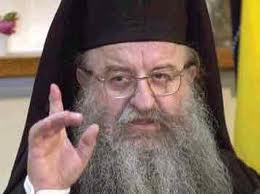 The Metropolitan of Thessaloniki Anthimos has criticized Turkish TV series he said have “invaded” Greek lives and said the owners of Greek stations should not show them. During the Sunday church service, he advised against watching them, even though they are  cheaper than producing original series in Greece.
“They (the series) insult and challenge our national consciousness …  turn off your TVs. I, myself, turn off the TV every time I stumble upon such series,” Anthimos told the churchgoers. Giving a speech on forgiveness, the Metropolitan wondered if TV directors could ever be forgiven for broadcasting Turkish series.
“We are not against art. If our neighbors change their stance and stop what they’ve been doing with the Ecumenical Patriarchate, we will redefine our stance,” Anthimos explained. Nikolaos Michaloliakos, leader of the far-right Golden Dawn party had also advised his voters to abstain from Turkish TV series as a sign of national pride.