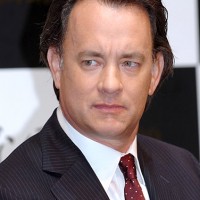 Tom Hanks is adding to the list of films that theorize and explore ideas behind the assassination of U.S. President John F. Kennedy.

The independent film, titled “Parkland,” will be produced by Hanks and his Playtone production company partner Gary Goetzman. The story will revolve around the events leading upto JFK’s assassination at Dealey Plaza in 1963. The title of the film refers to the hospital in Dallas – Parkland Memorial – where the former President was pronounced dead. JFK’s assassin, Lee Harvey Oswald, also died at the same hospital, as did the man who killed him, Jack Ruby, a few years later.

No casting announcements have been made yet. It will be the feature directorial debut by writer Peter Landesman, who has contributed investigative articles to New York Times Magazine and has also written a few screenplays.