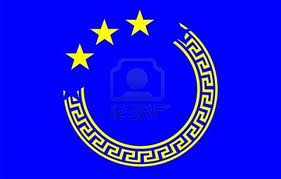 German Chancellor Angela Merkel, facing a tumultuous political year, has returned from holidays, only to face a deepening Eurozone crisis and threats from her senior ministers that Germany should veto the next aid package for Greece.

Merkel’s Christian Democratic Union (CDU) Deputy Parliamentary leader, Michael Fuchs, stated that his country would veto the next Greek aid package if Greece fails to make $14.16 billion in cuts demanded by international lenders. Germany is the biggest contributor to bailouts from the Troika of the European Union-International Monetary Fund-European Central Bank (EU-IMF-ECB.)

Fuchs said that, “Germany has the right to veto. If we’re convinced that Greece is not meeting its obligations, we’ll make use of that veto.” He suggested though that Greece could, remain within the EU even if it left the euro and said that the EU could set up a “sort of Marshall Plan” to help Athens cope with the crisis and reintroduction of the drachma.

The mounting hostility toward Greece came as new data showed the country’s economy had contracted by 13% over the last two years, although due largely in part to the pay cuts, tax hikes and slashed pensions insisted upon by the Troika, and championed by Merkel, who has not backed off demands for more austerity despite evidence showing that it has backfired.

German banks were said to be preparing for a Greek Eurozone exit and will be watching the visit to Athens next month of the Troika, which will review Greece’s progress before deciding on whether to release a $38.8 billion loan that is the last installment of a first bailout, and a second pending package of $173 billion, without which Greece will not be able to pay its workers and pensioners.