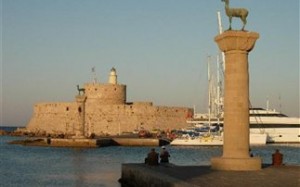 LARNACA, Cyprus – Crete, Mykonos, Rhodes, Santorini and Kefalonia are the hot spots for Cypriots to visit, according to the Hermes company, which supervises the Larnaca and Paphos International Airports.
Cypriots also like several Greek islands, mostly those located in the Aegean Sea, for vacations. It helps that the countries are close to each other and the air tickets are relatively cheap compared to further destinations.  After Greece, Barcelona and Venice follow as second favorites.
More than one million foreign and local visitors, slightly bigger than last year’s numbers, are expected to arrive or depart from the Larnaca and Paphos airports till the end of the summer, according to Hermes’ company officials.
(Source: Newsbeast)