We often discuss about the effects that the financial crisis has had on the Greek people, especially referring to wages and pension cuts, suicides and a negative outlook of life in general. But has the crisis influenced our dietary habits as well? We asked four professionals to explain to us what differences have been noted in the Greeks’ eating habits since 2009, when the crisis began.
General changes
Manolarakis Manolis is a renowned Greek dietician, co-founder of the website www.diatrofi.gr and President of the Union of Dietitians and Nutritionists of Greece. He stressed that Greeks are not eating in taverns or restaurants as often as they used to.
Kirgiakis Ioannis, owner of the traditional tavern Psatha in Preveza said that his clientele has but cut in half, which means that Greeks have limited their meals in restaurants. Both professionals agreed that even when Greeks go out to eat, they order fewer dishes. Everyone living in Greece remembers their parents and grandparents going to a tavern and buying several different dishes. Unfortunately, these times are over.
A slightly different aspect came from Elena Paravantes, a successful Greek-American dietician and writer who runs her own website about the Mediterranean Diet called www.olivetomato.com.  Paravantes added that the  crisis has made Greeks choose cheaper kinds of food products and has limited the meals they eat out. 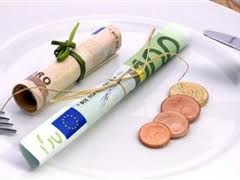 How do Greek people do their shopping after the  crisis?
A meal in a restaurant could be regarded a privilege, I suppose, for a country dealing with significant financial problems. But shopping at a supermarket is definitely a necessary part of a family’s weekly needs.
A report conducted in 2009 by www.diatrofi.gr, in which about 800 people participated, showcased that they have introduced shopping-lists in their daily shopping habits. More specifically, 86% of the participants said they always have a shopping list with them when they go to the supermarket. The most impressive information is, however, that while 79% of the people questioned used to buy extra items before the crisis, now only 29% percent keeps buying extra products that are not on their list.
Furthermore, there is a major fall in delicatessen sales. Greek people have reduced buying sweets and ice cream by 42% due to the crisis, while even healthier products, such as biologically produced vegetables, have similarly fallen by 38%. Cnsumers do not choose double offers, that is for example a shampoo accompanied with a hair spray, any more. The reason for this change may be, according to Manolarakis, that the second product offered might not be useful enough or essential to the family. One in two people buy private-labeled products in contrast to those who take advantage of daily or weekly offers on supermarket store brand.
The Mediterranean Diet and its contemporary relation with Greeks
Kirgiakis, who has run his business in Preveza since 1978, said that “no matter what our financial situation is, Greeks know what they should eat while in a tavern” and added 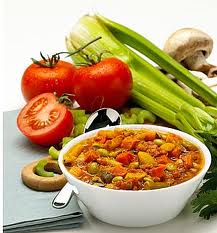 that locals often ask for their town’s products and not imported ones. “In the past five years, they have limited fatty dishes and especially, long-preserved sauces such as Russian salad,”  he added.
Paravantes said that Greeks have moved away from the Mediterranean Diet significantly. “Instead of eating a healthy breakfast with fresh foods such as milk and fruit, many prefer cheaper processed foods such as prepackaged croissants,” she stressed.  The Greek-American dietician said that, “It is not necessary to avoid olive oil with the thought that it is more expensive. In Greece you can find high-quality olive oil at a very reasonable price from small villages and producers all over the country.”
Do kids or students prefer cheaper food to junk food due to the crisis?
The Greek society appears to have changed its eating habits a lot in order to deal with monthly expenses. But what about the younger generation which has been raised with junk food advertisements instead of home-made food?
Natalie-Nicole Armao, owner of a school canteen in the High School of Preveza, said that “Kids have not changed their general dietary behavior. They are still buying both sweets and sandwiches as they always did.”  Armao mentioned, however, that many of them tend to buy healthier food lately. “Instead of buying something unhealthy, they prefer something that would not make them feel hungry until their next meal, such as wrapped pies with turkey, tomato and cheese,” she continued. According to Paravantes, “a young student may often prefer cheaper food which is not necessarily healthier, assuming that fresh food is more expensive.”
Manolarakis concluded that Greeks’ dietary habits have changed significantly, but said that people need a bit more time to cook something healthy and based on the Mediterranean diet. “But we’ve turned to the diet because we have no other choice,” he said, laughing. Paravantes agreed with her colleague’s view and reminded that, as a top dietician and mom herself, people may need a bit more time to cook a traditional Mediterranean meal but said that, “It is far cheaper than other unhealthy choices” since it is based mostly on vegetables and not on meat.
Kirgiakis advised Greek food-lovers to check the quality of their food in the taverns as follows: “Keep in mind that only when a meal is cold, you are able to find out if its ingredients are of high- or low-quality.” Armao gave some food for thought, adding that, “At least, now that we don’t have money, we have remembered we had some olive trees in the village or that we could grow our own tomatoes for the family.”
For more information contact:
Kirgiakis Ioannis: Psatha tavern in Preveza- www.tripadvisor.com.gr
Manolis Manolarakis: www.diatrofi.gr
Elena Paravantes: www.olivetomato.com